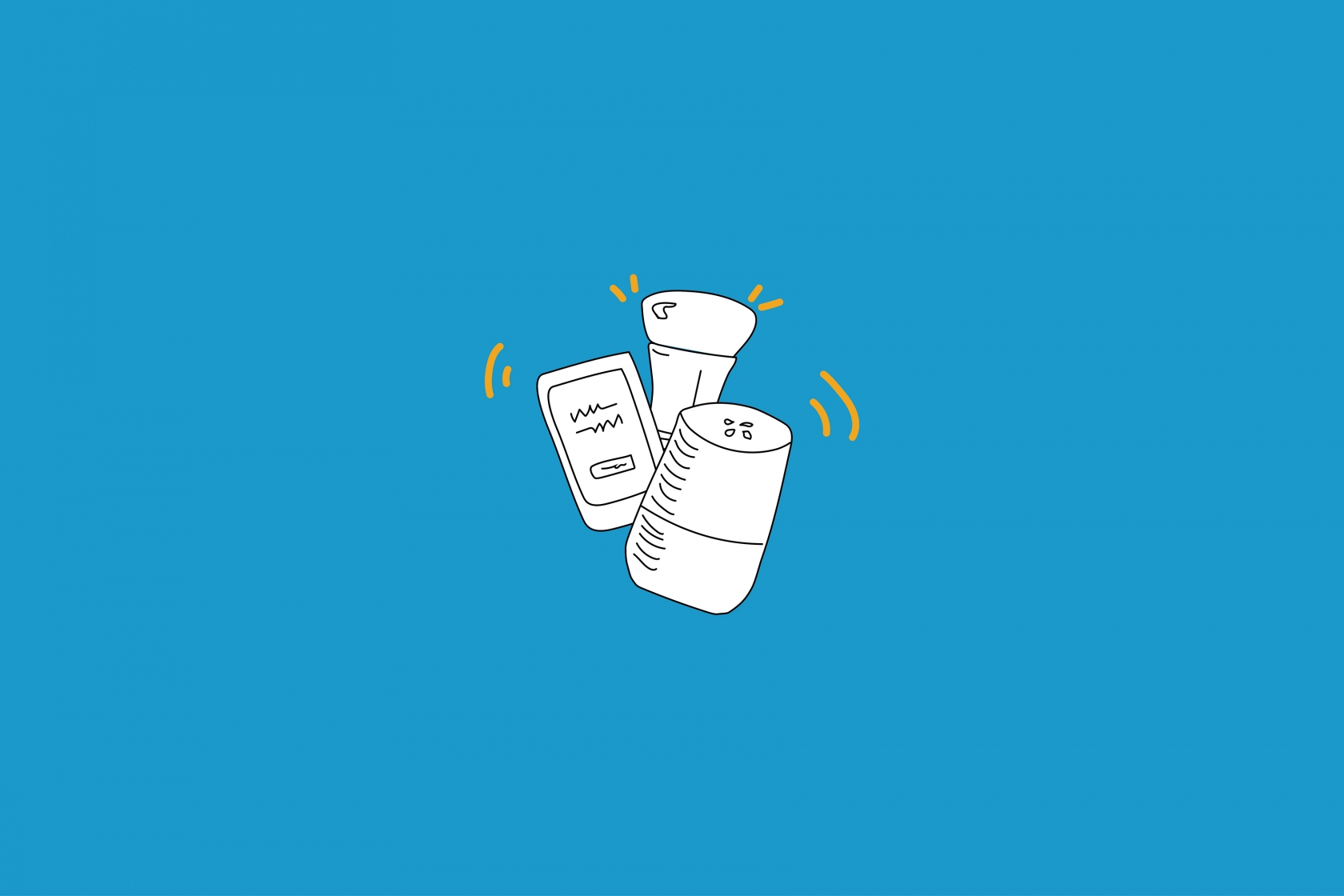 In 2016, there was an explosion in the connected home space. Thanks to the competition between Google and Amazon’s marquee in-home voice interface products, inching your way toward a more connected home has become more affordable, accessible, and approachable. However, if you’ve tried either device, talked with Siri, or already have a smart appliance or two, you’ve probably noticed some shortcomings.

As businesses attempt to connect with people via this new breed of devices, it’s important to understand the barriers to widespread adoption and how to overcome them. To help tackle these larger issues, we’ve created five principles to consider when designing for smart devices in the home.

1. Give people something to talk about

The likelihood of adopting a new smart home device largely boils down to one’s ability to see how the technology could impact their life. Those who struggle to see any value have a hard time finding a need strong enough to justify the costs associated with upgrading their home. Those who see promise in the vision of an integrated home are eager to experiment and quick to overlook any shortcomings.

One approach to this challenge—Google and Amazon have already used this tactic—is to open a pop-up shop that immerses visitors in the full experience, allowing them to play, see, interact, feel, and imagine how they might adopt a connected device in their own home. While these efforts are a great first step, they fall short in that they take the device out of the context that it was designed to be used in.

We conducted research with a number of people who mentioned that their first exposure to a connected home device was at a friend or family member’s house. This is a powerful notion—it means current users deliberately invite their non-user friends to experience the technology. New users get introduced organically, unlike other adjacent industries.

To fully take advantage of this opportunity, designers and manufacturers should aim to bridge the gap between those already excited by a device’s potential and those who face mental—or other—barriers to entry. From encouraging gifting, to helping friends and family get over assumptions about value, to designing impressive demo and “multi-player” modes for shared experiences, deliberately designing some aspect that “wows” new and existing users can make a big impact on customer acquisition and retention.

2. Recognize that nobody starts from scratch

It’s important to consider that no home comes without baggage. Regardless of whether someone rents or owns their home, everyone faces limitations when it comes to getting set up.

A homeowner, for example, may have the freedom to control their systems in a way that a renter might not, but both sets of users likely inherited their HVAC, home security system, built-in speakers, or other devices. Instead of requiring users to replace their existing systems, designers should discover ways to integrate new tech into legacy systems.

Samsung and their SmartThings starter home kit is a great example of this. In addition to including a hub that allows isolated objects to communicate with one another, the kit also includes a series of plugs that can convert “dumb” objects like a standard electrical socket into “smart” socket.

These smart sockets (or plugs) allow people to do things like manage window air conditioning units to control the temperature in their apartment remotely, all without replacing any hardware. Because the smart sockets don’t require replacement or an overhaul of the systems that came with the home, they lower the barrier for entry and give users greater flexibility to manage what they want to make “smart.” In addition, by intelligently managing heating, cooling, and general energy consumption, certain connected home devices prove their value in the form of lowered energy bills.

Overall, when connected home devices meet users where they are—or in this case, the current state their homes are in—there’s a higher likelihood of adoption and perceived long-term value.

3. Design experiences and systems, not products

The explosion of devices in 2016 was largely a good thing for consumers because it helped make these devices more affordable and challenged technologists to design interactions that were more human. The downside: the space is now even more complicated. As new companies continue to make new products that aren’t compatible or don’t communicate with one another, people are left with a collection of objects that work in isolation and their appetite for seamless integration across devices is left unsatisfied.

Unfortunately, today’s disconnected reality does not align with the industry’s goal of a seamlessly integrated home ecosystem. There is still a ton of work to be done to achieve this vision and it starts by recognizing that designing connected home devices is not as simple as adding wifi to a physical object and making a mobile app (à la a “smart” trash can or refrigerator).

Designers and manufacturers need to be savvy about how they choose to connect devices. If we want to continue working towards the goal of a seamless home experience, we have to transition from creating new products to designing integrated systems.

There is a lot of buzz in the tech community around voice interfaces because they have the unique ability to engage a wide range of people. They’re also leading us toward a screen-less future, one where technology fades into the background. These promises are exciting, but they also come laden with new challenges.

One particularly interesting challenge is how to design for the best user experience and ongoing engagement without a visual interface. As opposed to an on-screen experience, conversational interfaces thrust people into a “blind” experience where there are no longer visual cues to guide them through the onboarding process or to show how to maximize a device’s capabilities.

These “blind” experiences feel new and unfamiliar because the majority of people are not yet used to interacting with an interface that has no screen. Take Google Home and Amazon Echo as examples: Users have a hard time remembering how and when to use the devices. Both include a cue sheet—a list of voice command prompts ready to use out of the box—which helps to learn how to use the device. Though well intentioned, what happens when the user discards the cue sheet? They’re static and don’t go far enough in building habit-forming behaviors after the first days, weeks, and months with the device.

It’s time to realize that the days of user manuals are numbered. Real-time coaching is necessary to support users as they stumble, forget, fail, and navigate through new interactions. Systems that provide real-time feedback for new users—helping them to develop a deeper understanding of how to apply and build new habits and behaviors—will have a greater impact and value for the consumer.

5. Think twice before automating everything

In the very near future, technology might allow us to automate nearly everything in our lives. While there’s no denying that automation will have a huge impact on our routines, that doesn’t necessarily mean that everything should be automated.

Allow people to be their own gatekeepers

Let’s use the example of a smart refrigerator. At first, it might sound great to have a refrigerator that could track your food. It knows when your running low and offloads the burden of grocery shopping by automatically stocking up for you. If we take a second to think about it though, do we really want our refrigerator automatically purchasing food on our behalf? The reality is that our grocery baskets can vary pretty dramatically from week to week and we certainly wouldn’t want our refrigerator to mistakenly order five (or fifty) extra containers of hummus.

Instead of fully off-loading the entire experience (or burden) onto a machine, it’s important to reassure people that they’re in control. A better version of the smart refrigerator is one that tracks food consumption, alerts you when items are getting low, and then allows you to edit, review, and confirm the final transaction.

Don’t automate away the satisfaction

In addition to not automating away the feeling of control, it’s important to keep the best, most enjoyable pieces of experiences in the hands of the user.

Take the now famous Betty Crocker egg example. When the company rolled out “just add water” cake mixes, would-be bakers no longer felt like they were making something homemade—it was too easy to bake a cake. Betty Crocker did some research and found that when cooks were able to do something as simple as cracking an egg into the cake mix, they felt more involved, and thus, more satisfaction. With consumers more involved and happy, sales of the cake mixes increased dramatically, which is likely why we still use real eggs in powdered cake mixes to this day.

No matter how connected our homes get, users still find simple pleasures in certain tasks. Connected home devices that can take this into account—letting users choose what gets automated—will ultimately give the user a greater sense of gratification.

Where does this leave us?

While voice technology is seemingly still in its infancy and seamless home integration feels like a pipe dream to many consumers, it’s an exciting time to be creating new connected home technology and capabilities. Going forward, designers will need to balance short-term objectives with loftier goals of a more seamless home experience. As an industry, we can keep these five principles in mind to make connected devices more user-friendly, adaptable, and consumer-focused. 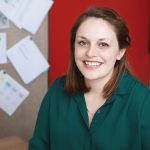 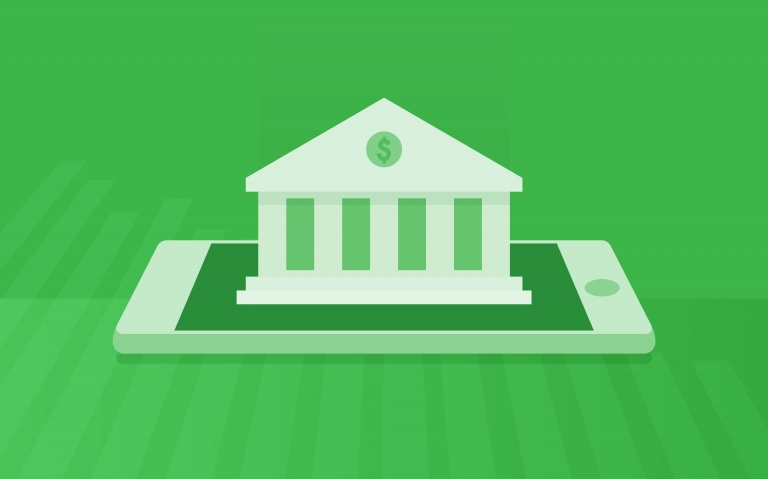 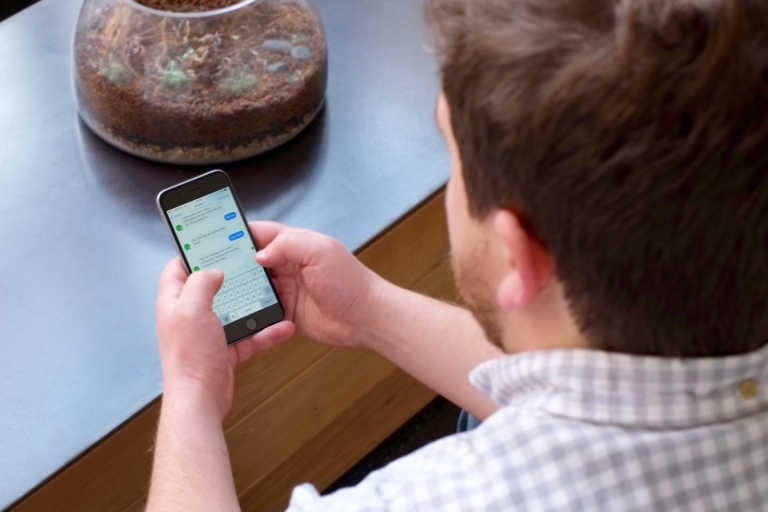