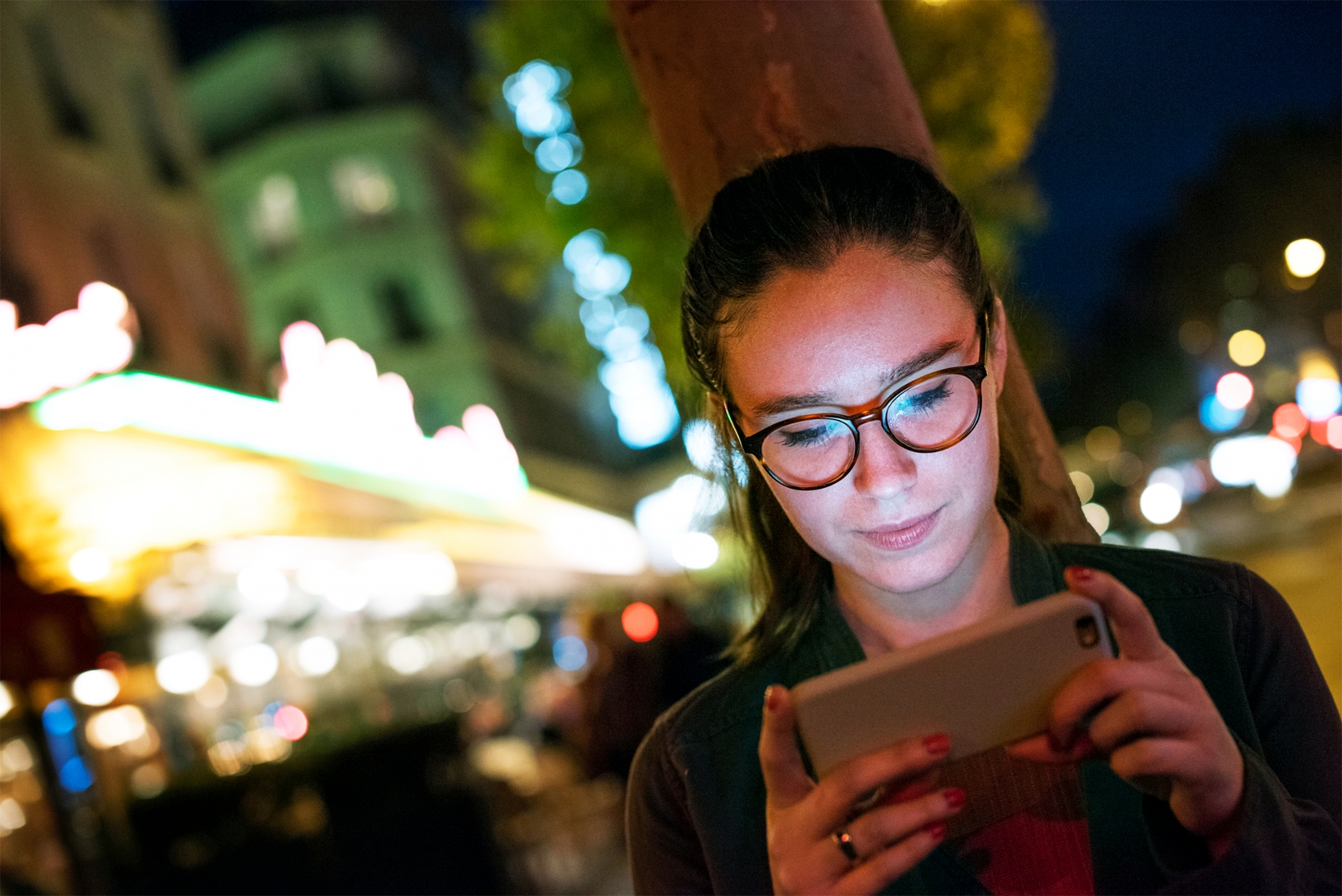 We collaborated with trailblazers at CNN to design and launch Great Big Story; a new media destination to tell vivid, unusual stories that have broad appeal, without jumping on the clickbait bandwagon. The new platform allows stories to proliferate on social media, then extend to other platforms. It even keep doors open for new revenue streams in the form of sponsored content. The compelling, inquisitive nature of the stories themselves leave audiences with a rare sense of satisfaction and social engagement that manifests as recurring, renewable interest. People come to see something unexpected; they leave with an enhanced understanding of the society they inhabit whether they’re watching on their computer, mobile phone, or connected TV.

With traditional cable subscribership earnings on the decline, CNN looked to prove to advertisers interested in sponsored content that CNN could make a splash on social media. When their digital news content struggled to gain traction with share-happy millennials and proved difficult to wrap an advertiser’s brand around, CNN realized they needed to make a big change in order to command the number of video views that would attract new advertising interest. They sought to distinguish a brand new, mobile-first product from their news brand to go head-to-head with media properties like BuzzFeed and Vice through a multi-platform delivery model. Thanks to our previous work with brands like ESPN and Bloomberg, as well as an experimental media project, Moment was positioned to help CNN capitalize on the gap left by clickbait-y, snark-riddled, millennial-focused sites.

“The news giant wants to mimic the success digital publishers like BuzzFeed and Vice have had with inspirational or edgy content on social platforms without being weighed down by the association with the parent brand, with its older-skewing audience.”
— Digiday

“Moment was a critical partner in helping us launch a new brand and a new identity from scratch. Over our site and apps, they led us down a path of being visually bold, simple and content first.”
— Chris Berend, Co-Founder, Great Big Story

Establishing a fresh new brand atop a solid foundation

With the objective to produce video stories that appeal to millennials—specifically, curious 25- to 35-year-olds who would feel compelled to share the content on their social channels—we got to work defining the new brand. Our competitive audit of other video platforms paved the way for us to create a value proposition and unique position for Great Big Story. Workshops with stakeholders helped focus the design’s tone and character—the product needed light strokes of personality to evoke optimism and integrity. Moment and Great Big Story collaborated on product strategy and design to appeal to a group turned off by overt branding and whose tastes favor clean design. The creation of user journeys helped build the model that would hook viewers on social media, then entice them by the bold presentation of videos. Through a series of collaborative sketching workshops, a roadmap for the product came into view along with a visual vocabulary for the brand. During prototyping sessions with Great Big Story, Moment’s quick and clear communication style helped CNN’s executives buy into ideas early on, make decisions, and ultimately shape the product into the powerhouse it has become.

A strategy for engagement and flexibility

By understanding audience behaviors and industry trends, and marrying those with CNN’s business objectives, we positioned Great Big Story for gargantuan success, no matter the platform. Thanks to some key principles, the brand will sustain their ability to bring in revenue well into the future. 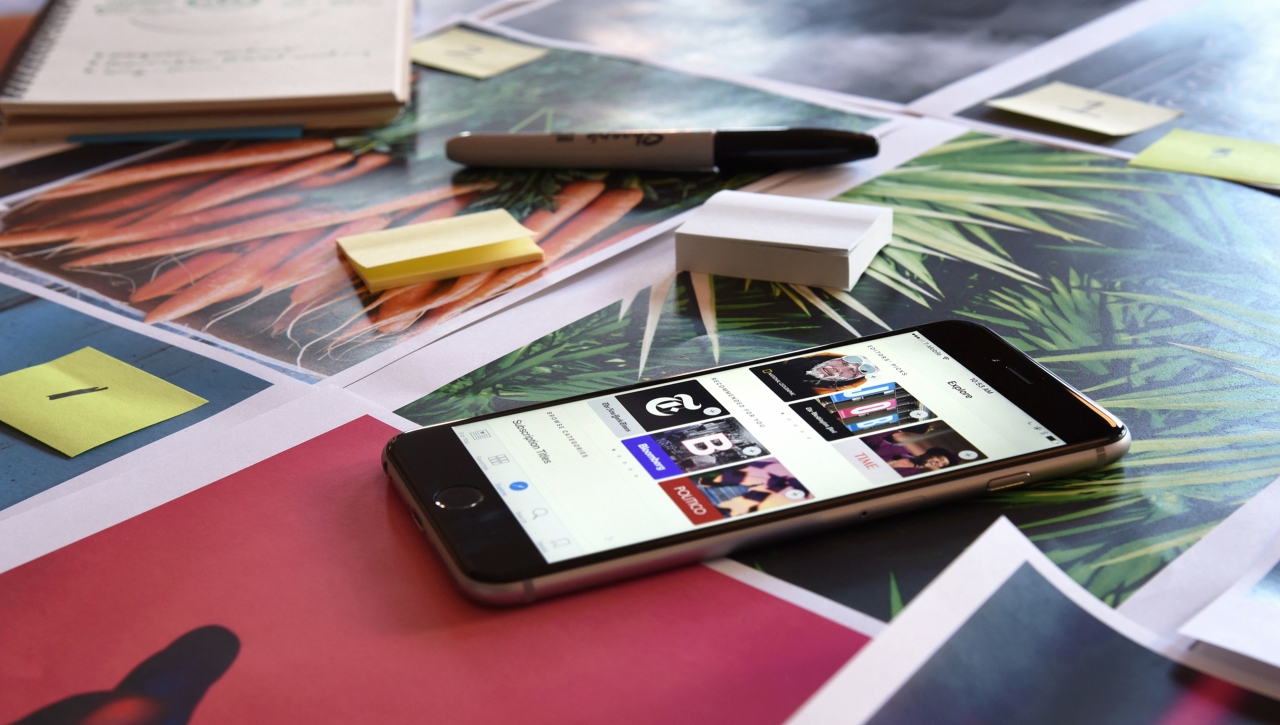 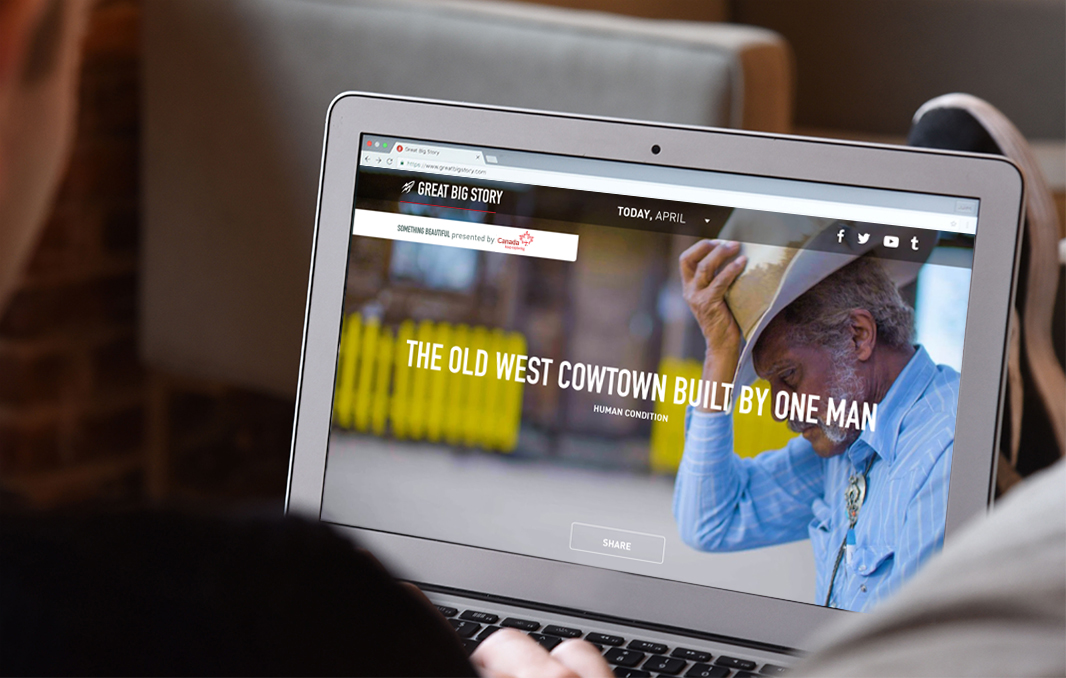 Spin off, spin up

Creating a spin-off brand allows umbrella organizations like CNN to tap into different markets and opens up possibilities for experimentation—like a VR series or brand partnerships—without risking brand confusion. 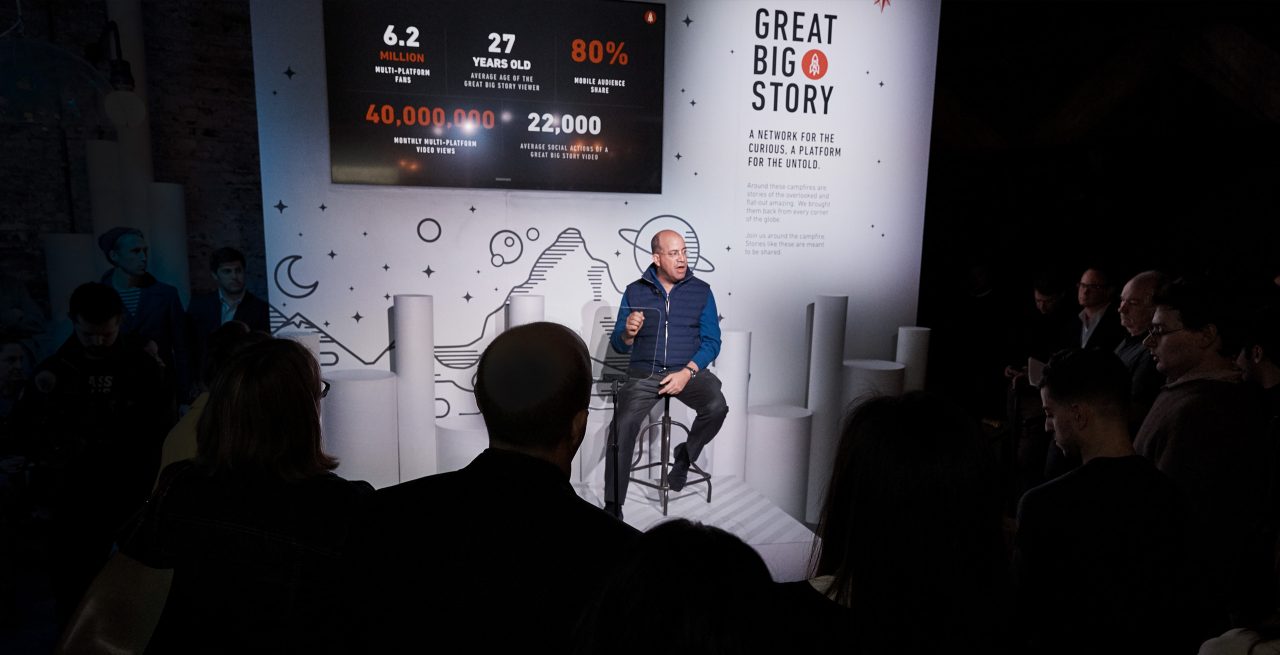 Aside from the amplification benefits, social media is the perfect testing ground to see what content resonates with viewers, which helps GBS decide what content to produce in the future. 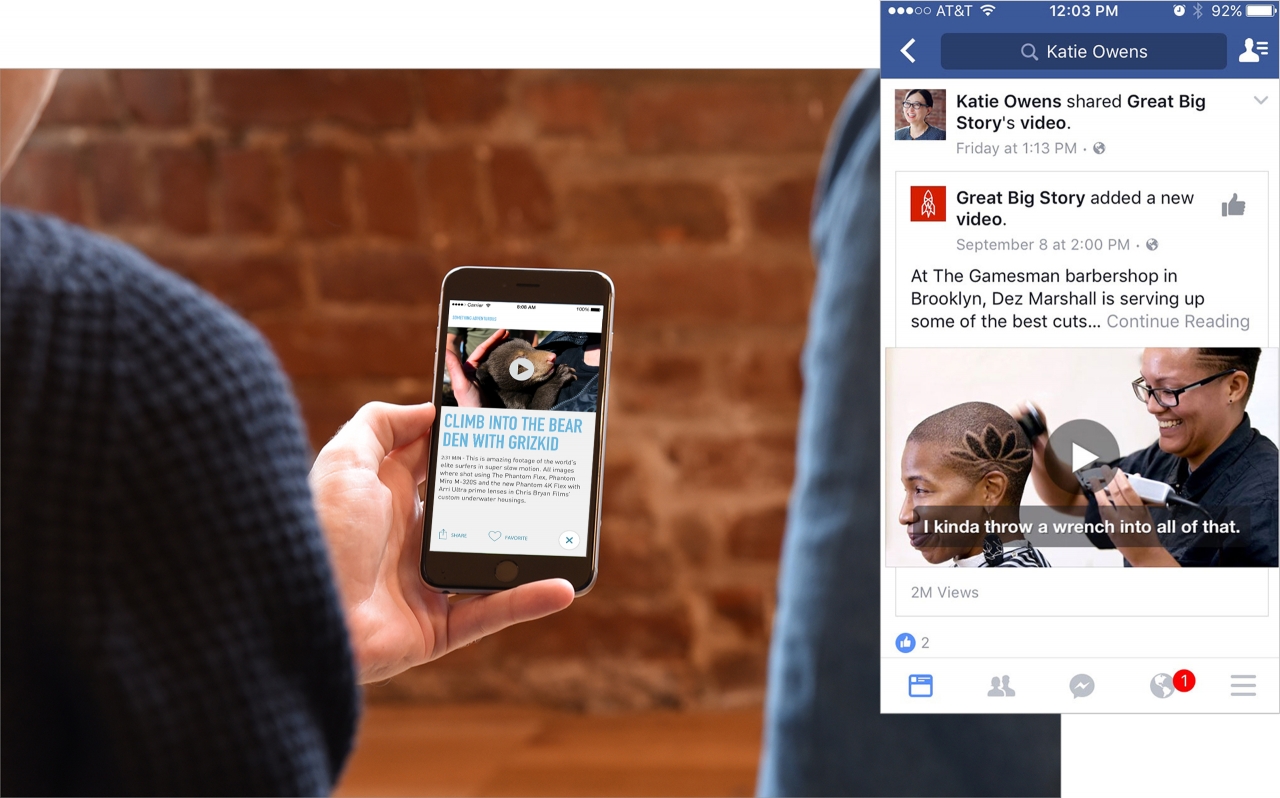 Stories that are part of the typical news cycle go stale well before your cereal’s soggy in the morning. Especially as cable subscribership shrinks, Great Big Story is an opportunity for CNN to stray from hardline news and monetize content well after it’s published.

Reaching a target audience faster than ever

Six months after launch, GBS averaged around 40 million video views each month. They also have well over six million fans on various social platforms, have attracted dozens of new advertisers, and have struck licensing deals with streaming services. “In just six months, Great Big Story has exceeded all expectations and topped every goal that we set for it,” said Jeff Zucker, president of CNN. “We are attracting urban-dwelling, globally-curious 27 year-olds who live on their phones. A notoriously difficult group to reach.”

More of our work 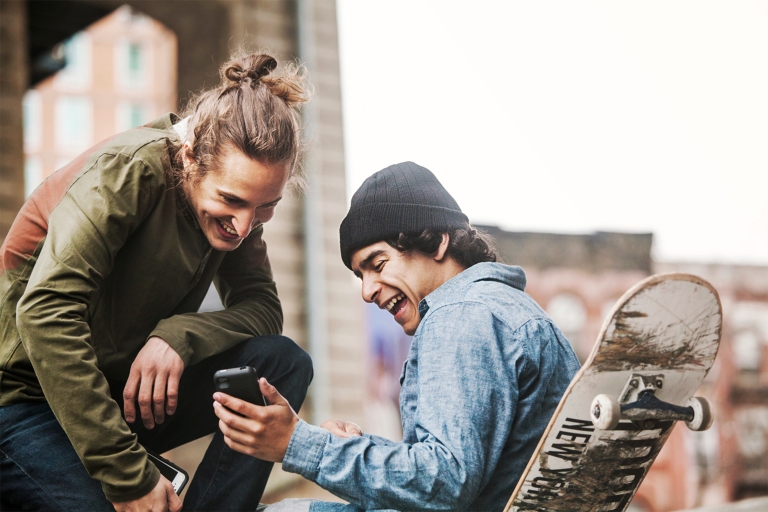 Kicking off the transformation of a treasured brand 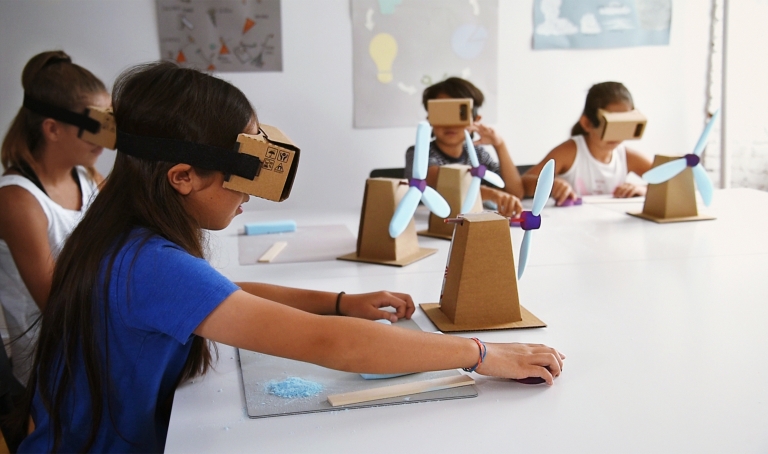 A practical use for Virtual Reality in the modern classroom